English and the Dutch is the English-language counterpart of HoezegjeinhetEngels.nl.

Which is better? You decide! 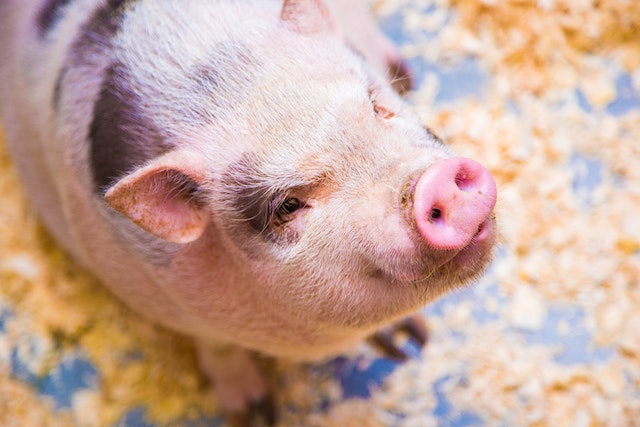 I wasn’t quite ready to start publishing on this website, but then I saw John Oliver’s Last Week Tonight episode on carbon offsets, and I thought: “well, there’s my first post.”

In the episode, Oliver ponders the term “ten dollars to offset your pig”. An then comes this bit:

“Ten dollars to offset your pig” sounds like a Dutch sex act that was sent back and forth through Google Translate one too many times.

He then puts on a strong, fake Dutch accent to impersonate what I assume is meant to be a Dutch pimp, and says:

“For ten dollars, Basilius, he offset your pig. So good, so strong, your eyes will pop, and your brave testicles will switch (twitch?). So are we doing this? Basilius! Offset that pig!”

Find the clip at the 7 minutes 47 seconds mark:

John Oliver is a hero

Okay, first off, John Oliver is amazing, and I’d totally marry him if I weren’t happy with my partner, and he weren’t happily married, and we would meet somehow on an airplane or something, and he’d be romantically interested in me, for the long term, not just a fling. By making serious issues funny, he is educating the world and probably having more positive effects on it than 1000 policy makers.

That having been said, let’s talk about the Dutchness:

Where he got the Dutchness right

Saying “he offset your pig” instead of “he will offset your pig” – this is an absolutely correct example of grammar from Dutch English speakers. When I’m proofreading English texts written by Dutch people, I sometimes feel adding “will” to future actions is, like, 80% of what I do.

Put in present tense, there should of course have been an “s” after “offset”; “he offsets your pig”. Most Dutch people wouldn’t do this wrong anymore, because it is drilled into them so thoroughly at school, but it is certainly a mistake that is made.

Saying “dis” instead of “this” – yep, that’s what they do. It’s something I plan to write about more in future, but I actually think using a “d” sound for the voiced “th” (like in “this”, “that” and “though”) is quite a charming part of the Dutch accent.

Saying “so strong” – Dutch people overuse the word “strong”, not because its literal translation “sterk” is such a much-used word in Dutch, but because they don’t know how to translate words like “krachtig”, “heftig”, “hevig”, “flink”, “fors”. They know “strong” isn’t the right word, but it’s the best one they can find in their mental English lexicon, and they know the listener will interpret it the right way, so they use it.

Where he got the Dutchness – kinda right?

Pronouncing “s” like “sh” – Okay, so this is a little bit true, but far too overdone.

The Dutch “s” is more forceful than the English one – the Dutch keep their tongue flatter than the English when making an “s”, meaning the air is pressed past more of the tongue. To Dutch people, this doesn’t sound like a “sh” at all, but to English people, who make the “s” with the tip of their tongue only, anything that uses more tongue than that sounds like a “sh”. When they copy a Dutch accent, that is often the feature that they choose.

It is my personal observation that Dutch people of a younger generation are far better at pronouncing the “s” in a more native English way, and it is the older Dutch that have that “sh”- way of speaking. And even for that older generation, I don’t think it is a fair portrayal of their accent to make the “sh” as pronounced as Oliver is doing. But he’s doing it for laughs, he needs a quick and dirty way to make it clear he is pretending to be Dutch, and the sh-thing is, for English speakers, a quick marker for the Dutch. So I get it.

This video from a Dutch comedian with a knack for accents goes over five ways to “do a Dutch accent” and you will notice the “s”- “sh” thing is not one of them. It just goes to prove my point that this marker is something from the past.

Something that sounds like a weird sex act gets connected to the Dutch – Oh well. I prefer this prejudice to anything to do with weed and drugs. Being open-minded about sex and allowing people to communicate freely about this topic means this little country has reduced a lot of problems that other countries still face.

Where he got the Dutchness wrong

Calling the prostitute “Basilius” – I have NO IDEA where this comes from, and if anyone reading this knows, please leave a comment! I can only think it’s a contraction of “Basil” (not a Dutch name in the slightest) and “Cornelius” (a very outdated Dutch name). I guess they wanted a Dutch-sounding name with two “s”-es so they could use it for the “sh”-joke, and “Basilius” sounds Dutch to Americans???

“Your brave testicles” – Dutch people do misuse the word “brave”, thinking it means “obedient”, but they would not use it in this sentence.

“Dollars” – obviously, if you travel to the red-light district in Amsterdam hoping to offset your pig, you will be paying in Euros, not dollars.